Uluwatu Temple is one of sacred worship places for Hindu people in Bali. It is one of the biggest temples as well. You can reach it after taking a trip about 25km to the south from Denpasar City.

Visiting this place does not mean you need to do some prayers. You can just come and enjoy the surrounding view of the temple.  If you take a tour package, the temple of Uluwatu may be included on the list of places to visit.

Uluwatu Temple address is in Pecatu Village, Kuta subdistrict, Badung District, Bali. Sitting on a cliff with 70 meters of height, the temple offers the great view of the sunset. What’s more, it is popular for its finest beaches and top spots for surfing. No wonder, the Temple of Uluwatu becomes one of most to visit destinations in Bali.

Before going much further, let us take a look at some interesting things behind. It is the history of Uluwatu Temple. There are two stories related to the temple building, i.e.: 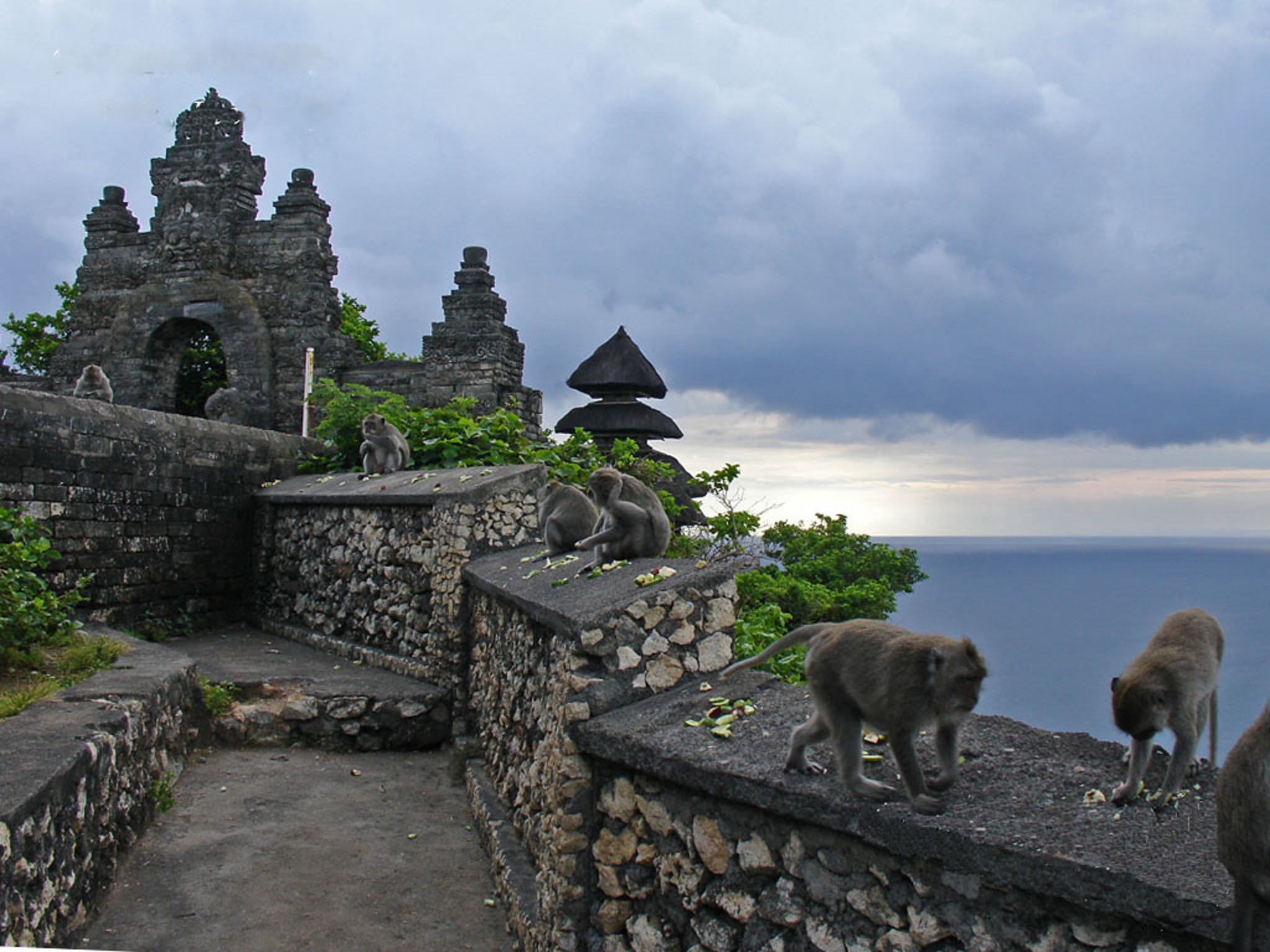 Mpu Kuturan, a Java sage on the 11th century was famous for his role in the building of some temples in Bali especially in the southern part of the island. The temple itself was built based on his advice, according to the old script written by Kusuma Dewa in 1005 AD. Some archaeological from the megalithic remains found at the temple also became another evidence that the temple was built in the 10th century.

Another story is the claim about who built the temple. It was said a pedanda or Hindu monk from the Daha Kingdom in Kediri, East Java during Dalem Waturenggong reign, named Dang Hyang Nirartha came to Bali in 1546 AD. He got his name changed to be Dang Hyang Dwijendra after he became the son in law of Dang Hyang Panawasikan. He ended his spiritual trip to the northwestern of Bali where many cliff rocks that looked overlapping each other from below the sea level, shaping a head perched on the cliff rocks about 50-100 meter above the sea. 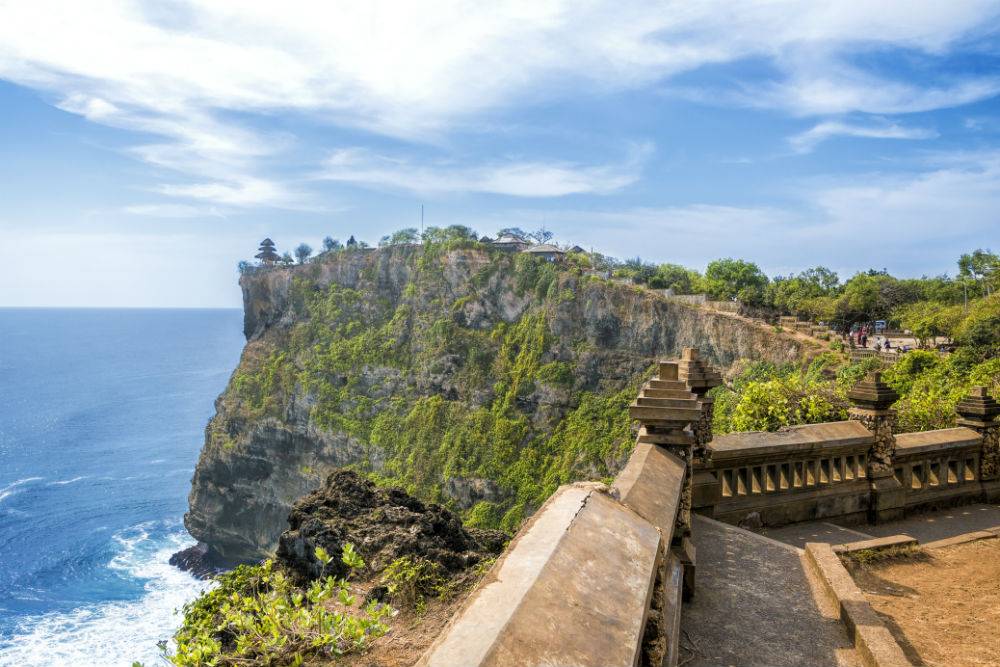 The second story seems to be the most reasonable one. It is due to the naming “Uluwatu” where Ulu means head, and Watu means rock. This unique location also what makes the temple become a favorite destination when visiting Bali. You enjoy the surrounding view when walking along the stone stairways to reach the top. Be aware of the roaming monkeys as they may grab your foods or snatch your belongings.

Due to its strategic location, Uluwatu Temple is a nice spot to watch the sunset. It is an alternative option when you can’t reach Tanah Lot temple. Imagine the atmosphere at the fine evening, overlooking the Indian Ocean with the fantastic Balinese Hindu architecture as the background. Your excitement should not last soon as you can also watch Kecak and fire dance performance. Those are the best things to see at Uluwatu.

Have decided to come over? Though it is opened for public, you must follow the rules such as wearing a sarong and a sash. Only put on appropriate clothes commonly worn for temple visits. You do not need to buy them as they are available for hire at the spot. 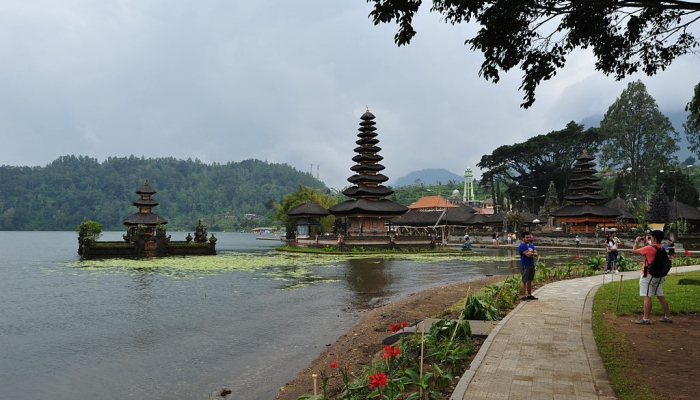 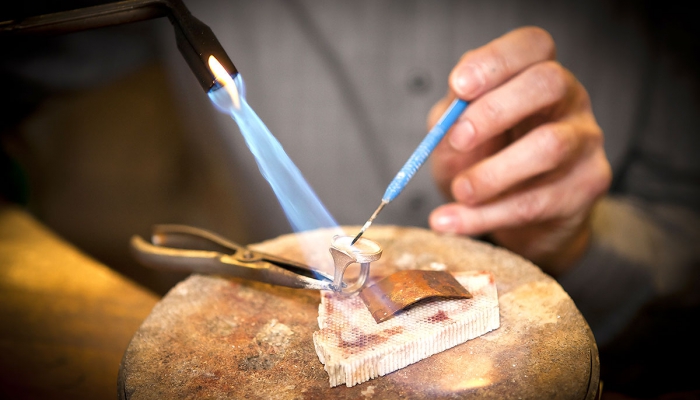 Apparently, each village in Bali has its own uniqu...

Tegalalang rice terrace will show the green a... 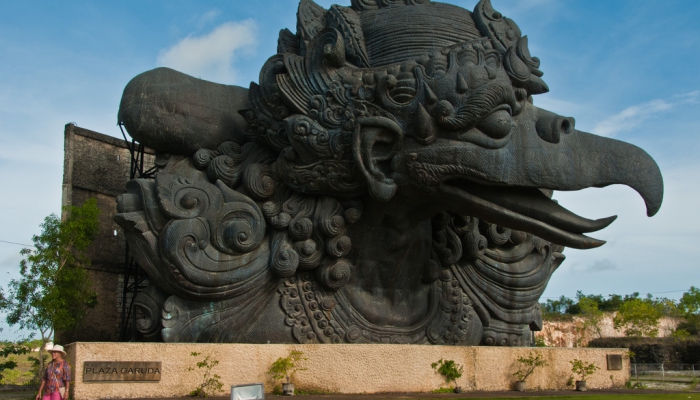 Bali is one of the most famous islands in Indonesi...